My journey to The Neshoma Project

My first exposure to Jewish remembrance in Poland came in 2005 when I briefly met Tomek Pietrasiewicz and Witek Dabrowski of Brama Grodzka-Teatr NN. My mother Nechama Tec, a survivor and Holocaust scholar who had been born in Lublin (on Szeroka Street) in 1931, invited me to come on the book tour when her memoir “Dry Tear” (“Suche Łzy) was translated into Polish. 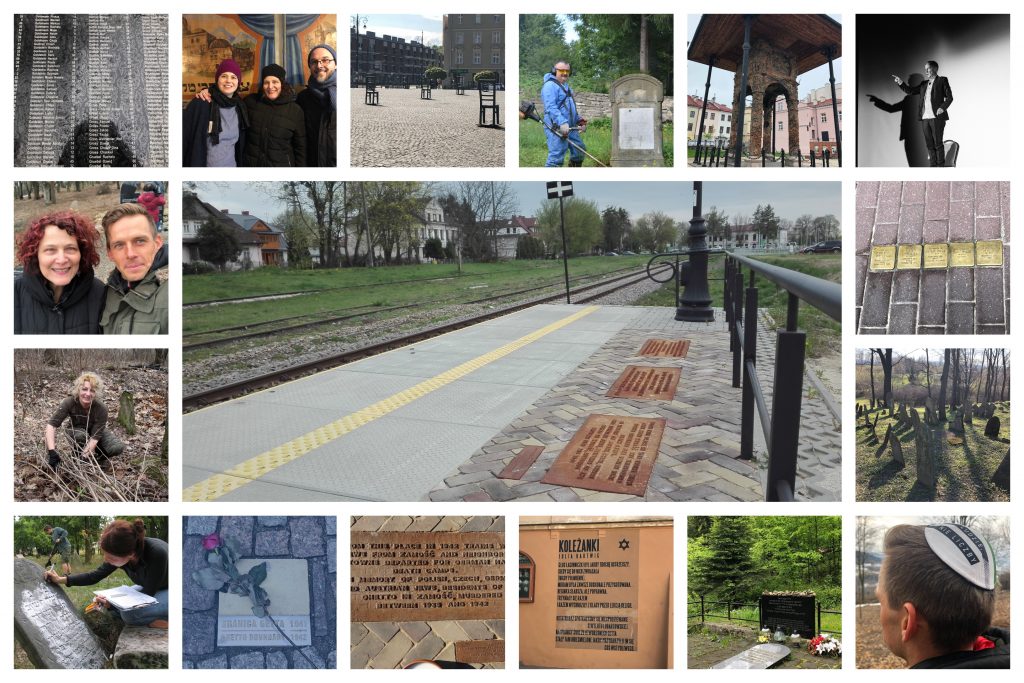 Though my parents had both been born in Poland (my father in Baranowicze, now Belarus) and had positive feelings about Poland, I had never felt connected to the place. If my mother had not invited me to accompany her and my father I don’t know if I would have gone.

I knew that my ancestors were from there, and I knew that many had been murdered in the Holocaust. But apart from making a family tree some twenty years earlier I had not thought about them too much. So it was quite astonishing to come to Lublin (where I subsequently learned that generations of my family had been born) and encounter non-Jews who were preserving their memory. How could it be that Tomek and Witek and everyone at Brama Grodzka were holding space for not only my relatives, but for all the Jews of Lublin, when I had not thought even to visit my ancestral homeland? 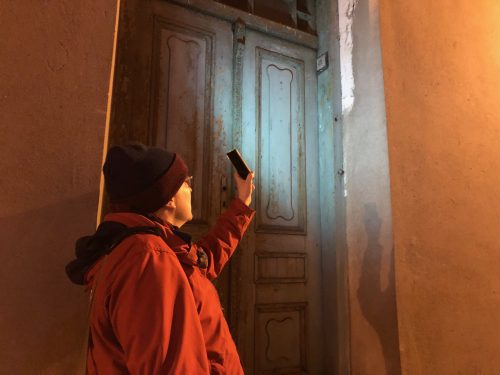 That first brief visit led to many more, during which I got to know Tomek and Witek and others at Brama Grodzka. Witek took me to the places where my mother passed as a Catholic girl during the war (Otwock and Kielce). On one visit I brought my two sons and we met people from the family who had saved her. Tadeusz Przystojeski—Brama Grodzka’s resident genealogist—showed me where  my grandfather’s factories had stood before the war, and took me to the archives to get my mother’s and grandmother’s birth certificates.

I was amazed at the work of remembrance being done at Brama Grodzka because it was so human. Theirs is not was not a dry, scientific approach. On the contrary, it was fluid and human and alive. I wanted to tell other people about it—to show it to them because, unlikely as it may seem in a country that many regard as a cemetery, it gave me hope.

So, I created Bridge To Poland (Most Do Polski) in order to bring people to Poland and show them this beautiful work of remembrance. 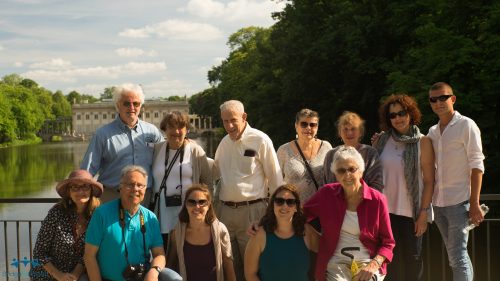 At first Brama Grodzka was all that I knew. But over the years I discovered other people in many parts of Poland doing remembrance work. I realized that their voices were important. This was a generation of memory workers—I came to call them Rescuers of Memory—who had been lucky enough to have had contact with survivors. Many of them grew up during a time when Jewish topics were mostly not talked about. I felt deeply that their voices needed to be preserved.

This idea was solidified one day at Majdanek. I was there with the late historian Robert Kuwałek.  A tourist group approached us next to a barracks and the tour guide told the group they wouldn’t be going inside because it wasn’t authentic and they would be at Auschwitz the next day which was much more authentic. The guide spoke in Hebrew, which Robert did not understand, and after I translated for him he was as incredulous as I was.  We often talk about our concerns about Holocaust memory after the survivors are gone. I told him that I worried too about what would happen in fifty years after all the people who knew the truth, and knew the survivors, like him, were no longer there. He agreed with me. In a few short months he would be dead at the age of forty-seven. I always thought I could go to him with any Lublin related question. He knew everything about Majdanek, Bełżec and Lublin Jewry. But now he was gone. It made my project to preserve the memory of the rescuers of memory, even more urgent. The Neshoma Project is dedicated to Robert’s memory.

In 2018 I was lucky to get a grant from Wellesley College to spend seven months in Poland interviewing people for an online video archive, eventually to be called, The Neshoma Project: Conversations with Poles Rescuing Jewish memory. I am grateful that this is a joint project with Brama Grodzka-Teatr NN. In 2019 I got a grant from the US Embassy in Warsaw to spend another few months in Poland. I have conducted forty-four interviews to date and hope to receive funding for fifty-seven more.  About a third of the interviews are in Polish (though not all the interviews have been uploaded to the site yet). 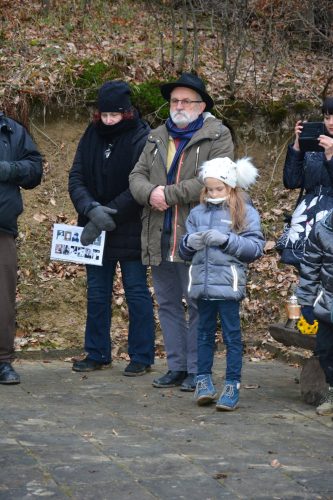 My definition of Rescuers of Memory is quite broad and includes: scholars, teachers, guides, museum workers, artists and grassroots activists. I interviewed people all over Poland: Lublin, Kraków, Białystok and Warsaw of course, but also smaller places like Biecz and Zduńska Wola, to name a couple. Many of the people I spoke with talk about discovering an absence and needing to act. One of them, Dr. Rafał Kowalski Deputy Director of the Museum of Mazovian Jews in Płock, formerly a journalist at Gazeta Wyborcza, talks about Jewish history in Poland being like a phantom limb that is painful though it is not there anymore.

To meet the incredible people whom I interviewed, go to the website: www.neshomaproject.org. There you will find a contact form where you can share your impressions or suggest someone for me to interview in the future. I invite you to sign up for the newsletter if you want to be alerted when new interviews are added.

Sometimes people ask if I have a favorite conversation, but I have to say that every time I watch one of the interviews I fall in love with the person I am watching all over again. They are all inspiring to me. In these times of division and polarization I am so grateful that the Rescuers of Memory exist, and that my mother invited me to Poland fifteen years ago so that I could begin my journey to The Neshoma Project.

American Ambassador for and Special Projects Partner to Brama Grodzka